A party of 34 staff and students from around the country came together to represent England at the recent World School Sport Education Games in Greece. Head of Physical Education Mr Stanley and Mr Atkins took Harry, Marcus, Michael and Kyle on the 6 day trip to Olympia and Athens.
England were joined by the host country Greece, Brazil, Bulgaria, China, France and Italy.
Central to the Games are the ancient facilities with such historic significance to world sport. The young participants strolled through the historic and atmospheric site of statues and ancient buildings, populated by wild olive and plane trees. 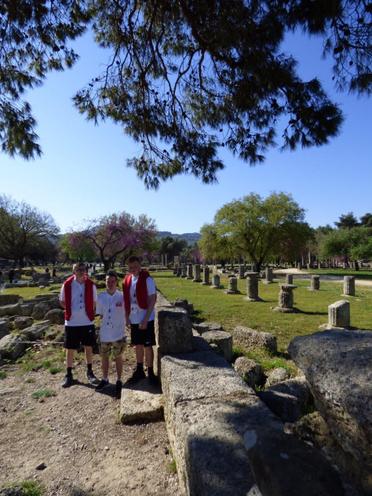 And then – enjoyed a memorable experience of running in the original ancient Olympic “Stadium Run” of 192m. 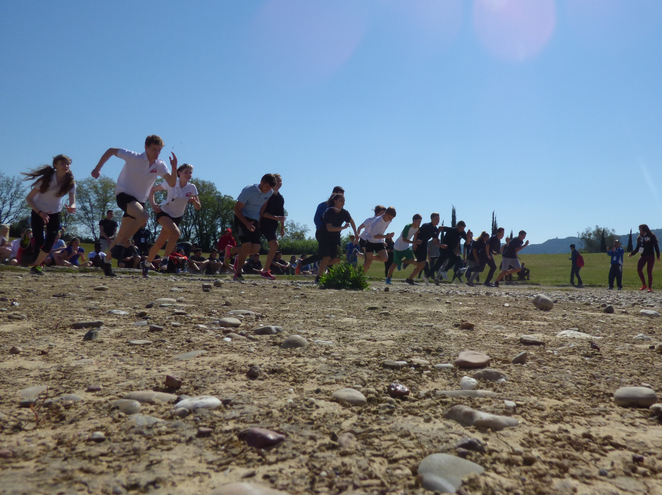 All participants were awarded an olive wreath as a token of participation on the ancient Olympic podium. 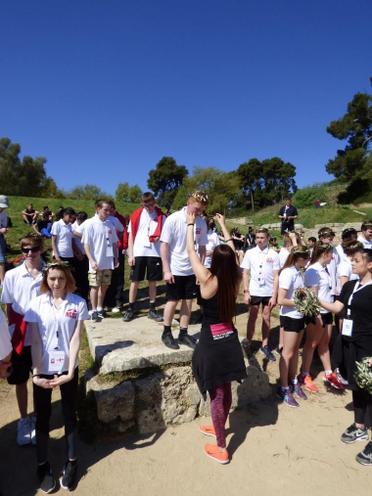 At the opening ceremony in Olympia the countries took part in a parade in the town square where they also entertained with some traditional Greek dancing. 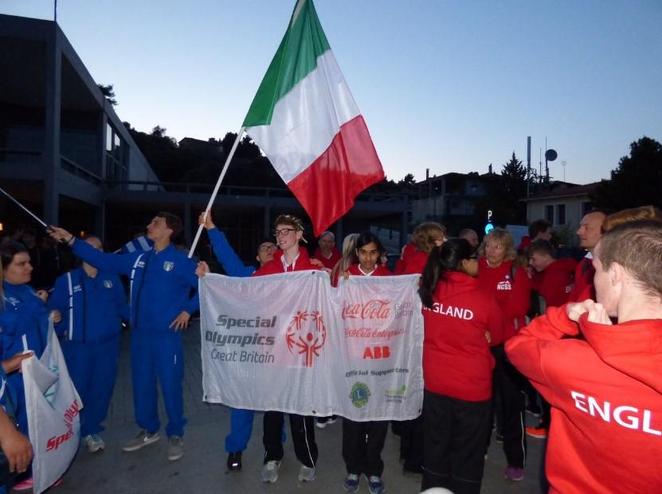 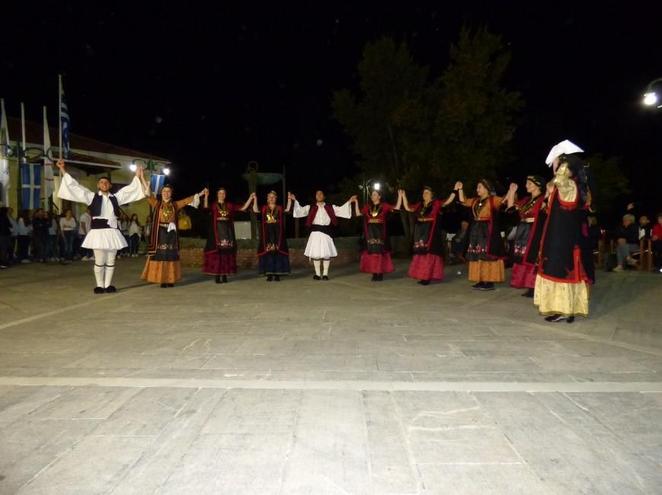 The students were taught some traditional Greek dancing. 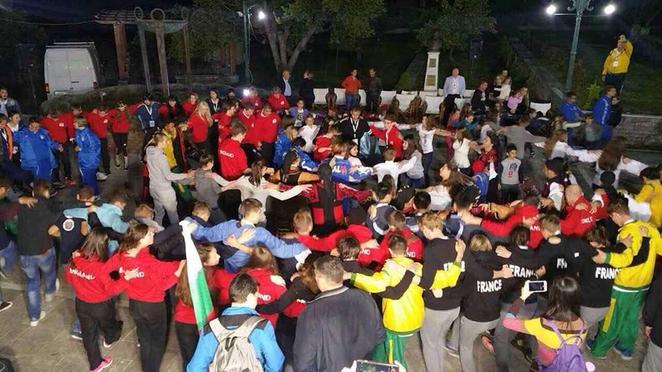 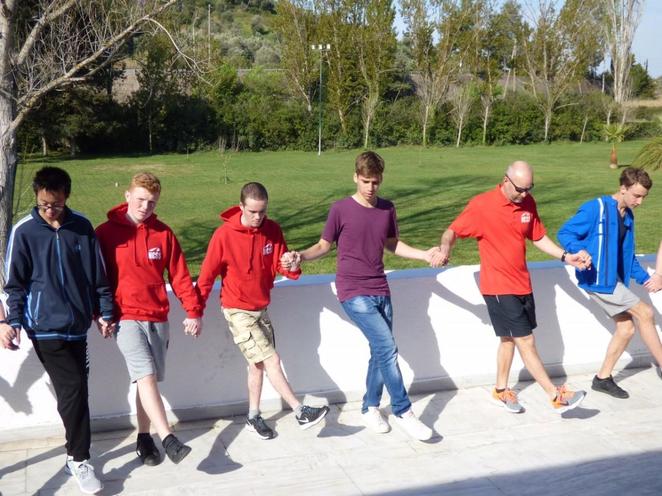 Teams of mixed sexes, abilities and countries in Basketball and Football demonstrated all of the Olympic values the World Games were trying to promote. The levels of respect, friendship, cooperation and sportsmanship throughout the matches was fantastic with all participants working to overcome language and communication barriers. 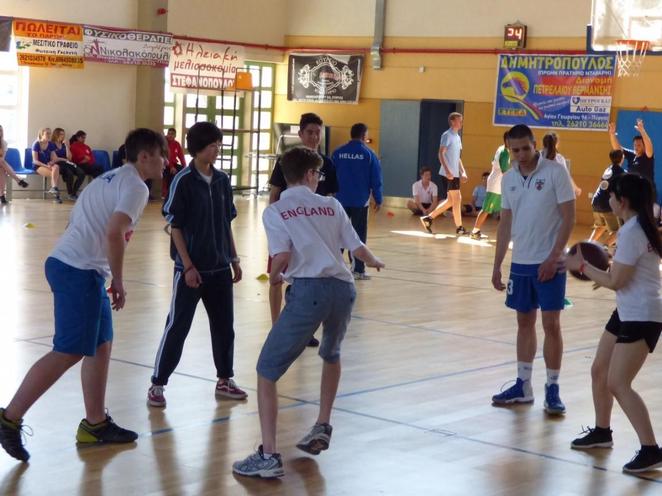 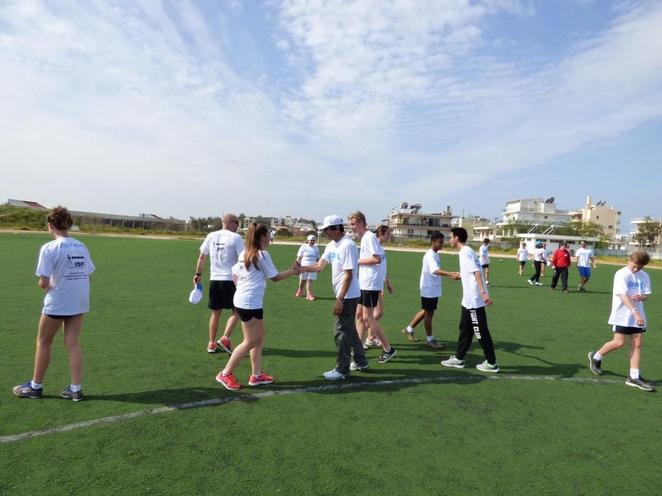 In Athens, youngsters and their teachers visited the iconic Panatheanic Stadium, which hosted both opening and closing ceremony of the first modern Olympics in 1896). 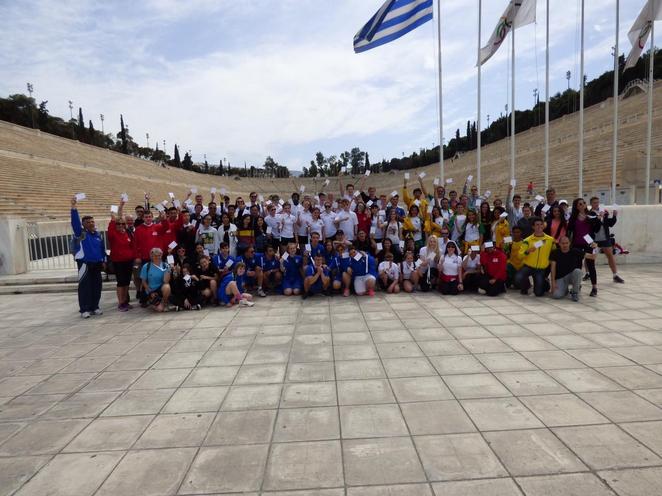 Participants also joined the International Sport for Development and Peace Day movement by displaying the Peace and Sport #WhiteCard campaign. 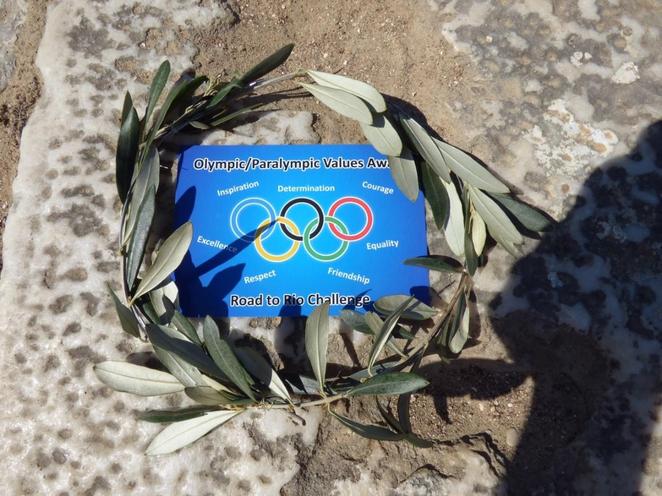