We have had a fantastic School News Report Day and here are some of our videos and work. We will update even more in the coming weeks

The Tank and Our new display

An interview with Mrs Cooper Shone

The Boys are in the tank. Interactive History lesson

An audience with Mr Gavin

Mrs Webster is interviewed about her work at Clare Mount

The 3 amigos, Kyle, Michael and Marcus talk to Robbie about their impending trip to Greece

Another of our former pupils who now works at the school, Mr Streatfield, talks about his life at Clare Mount with Travis

Jack finds out about St. Chads and the fantastic opportunities for pupils when they go along with Mrs Stephenson and Mrs Booth

Ms Evans, Kacey and Jamie show us how to make bouncy balls

An interview with Mrs Webster with Adam and Jamie 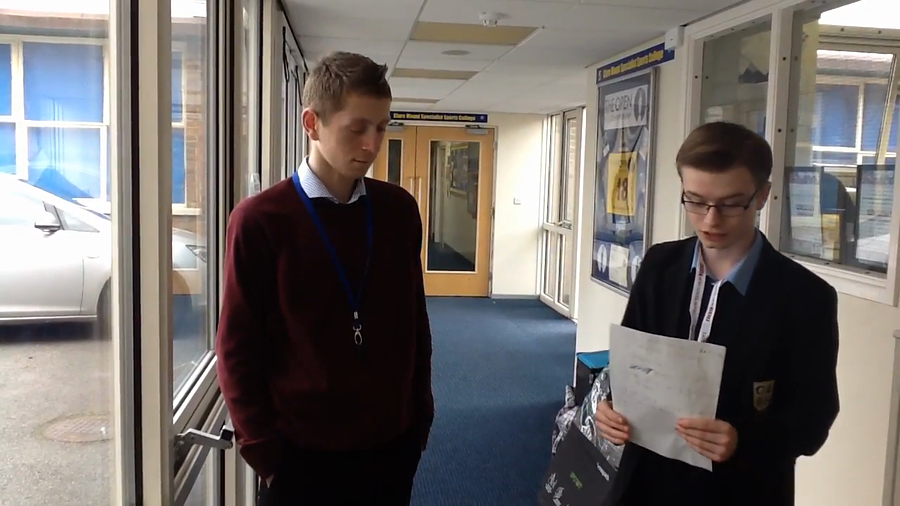 Owen describes his job and his life at Clare Mount. In two parts, second instalment tomorrow.

Sam has the Morning Weather 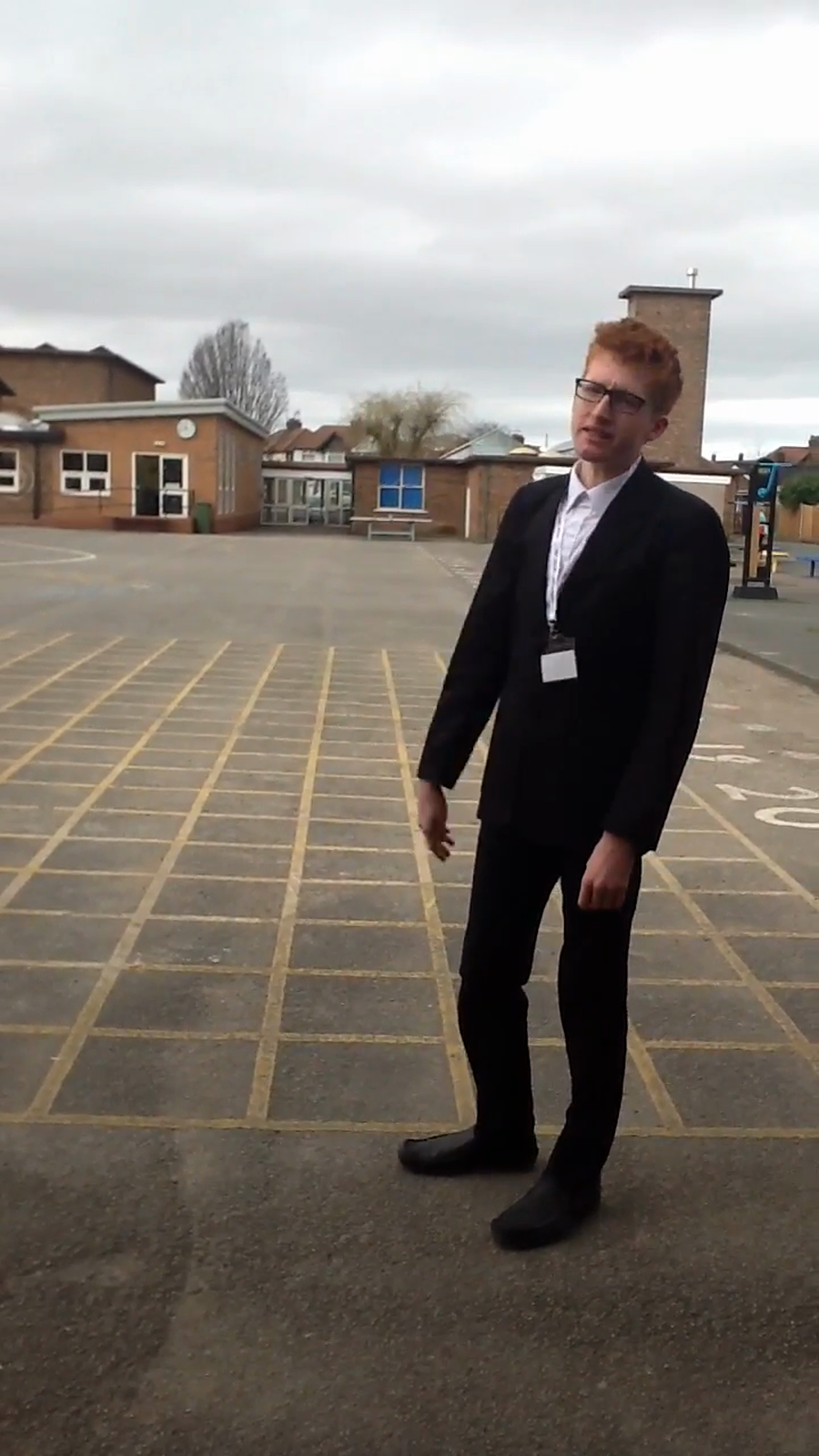 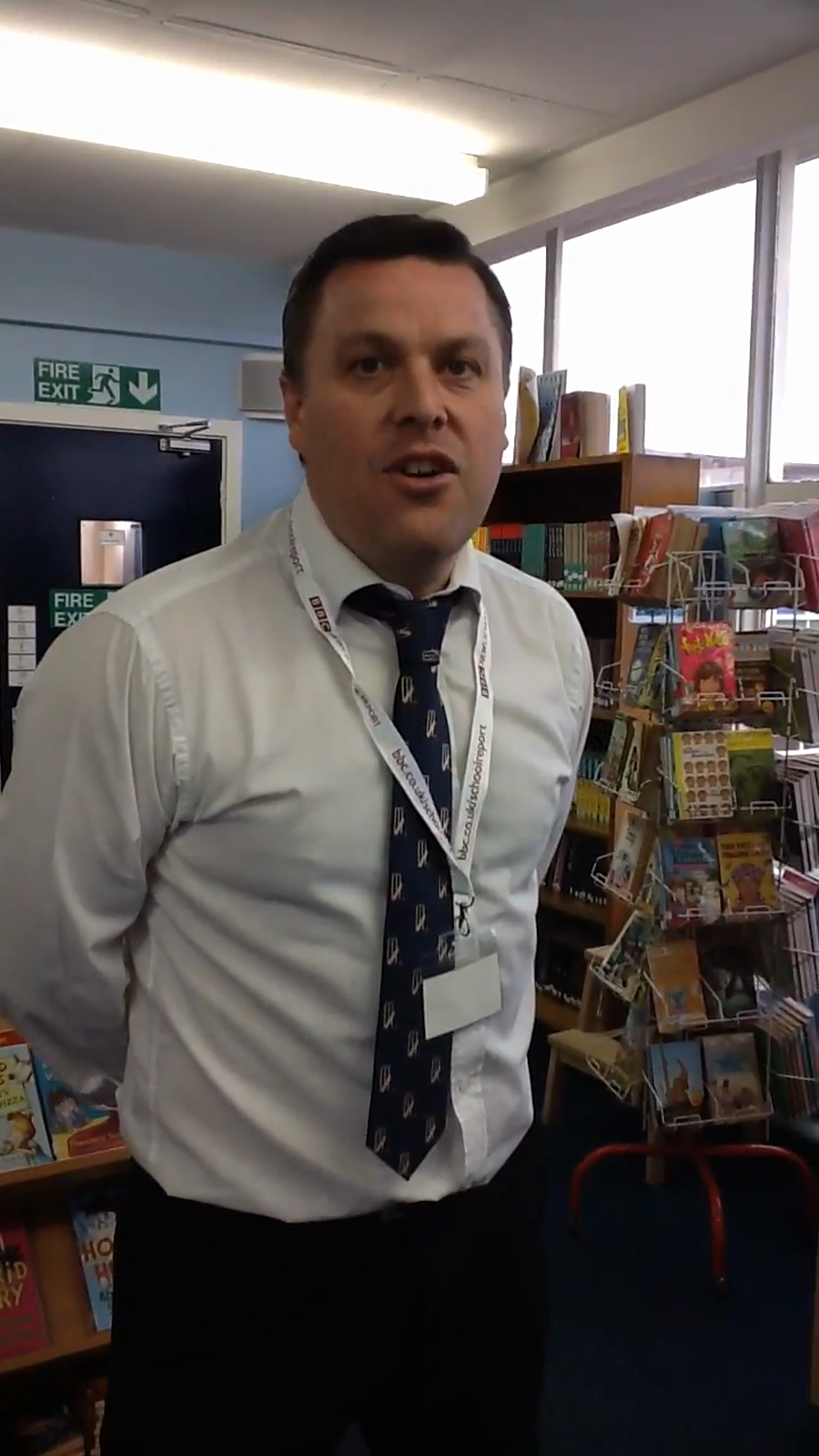 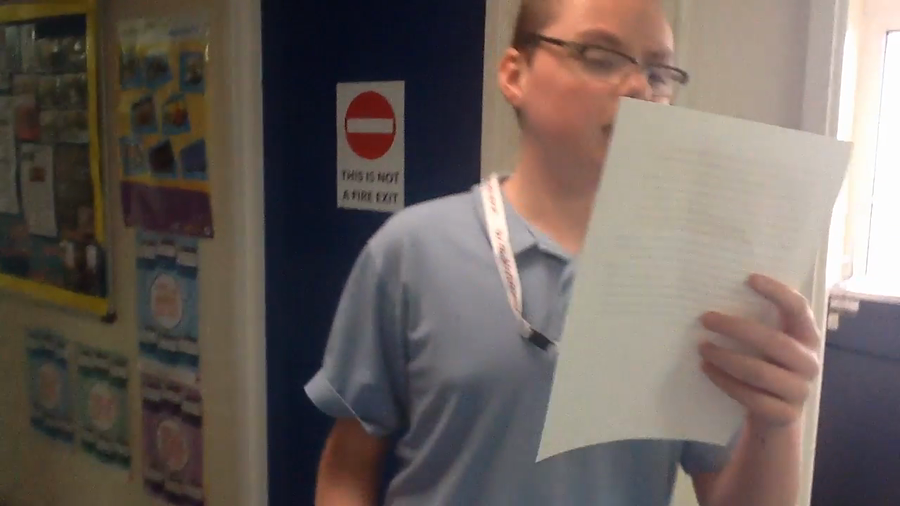 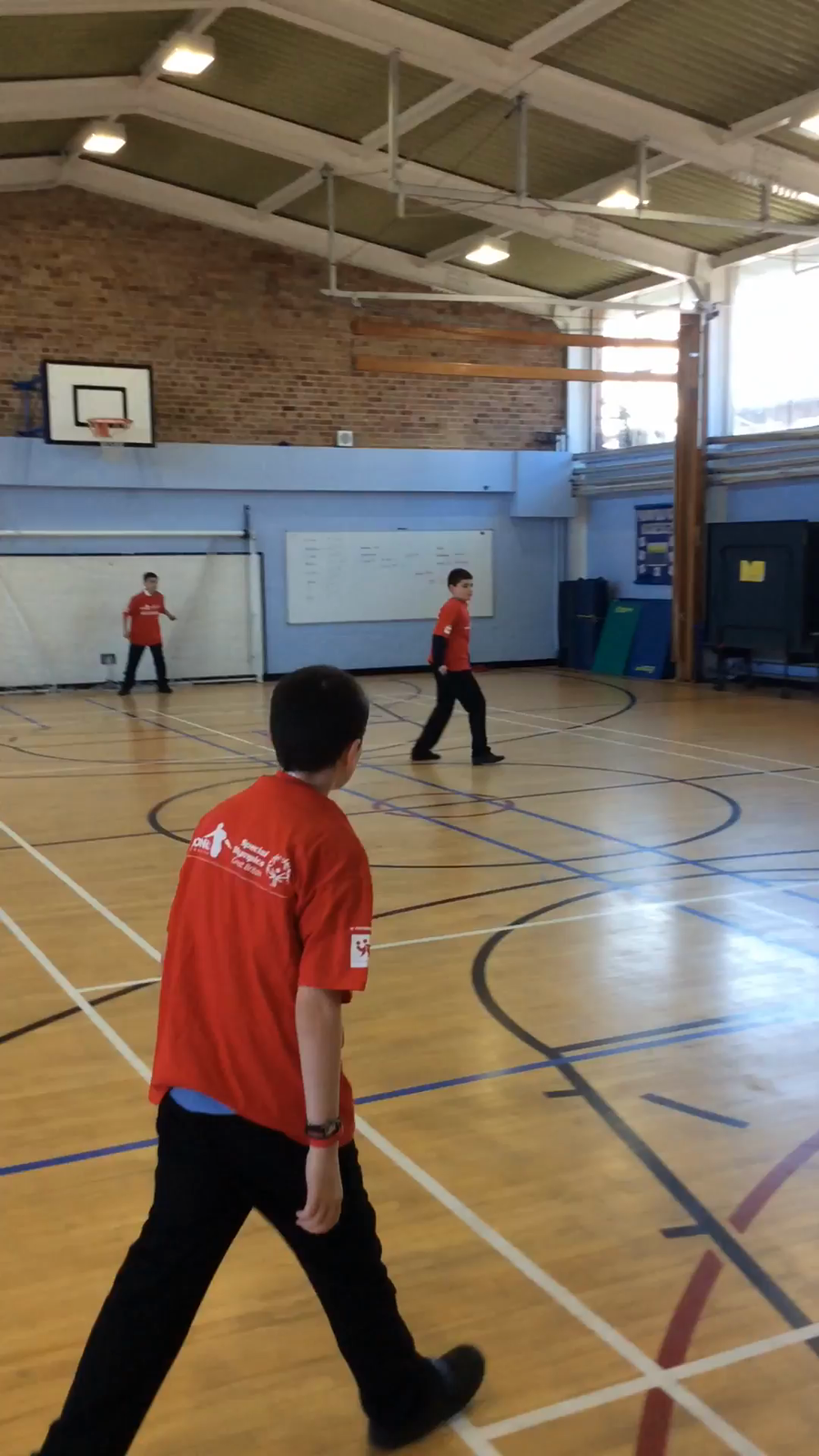 As you can see the t-shirts below. Unified Play initiative aims to prove there is no barrier to participation in Sports. Here is a short video

Jamie previews his own upcoming film, The TV Haters with a special main character :-)

Our Rugby Reporter, Luke, Reports on the Six Nations grudge match between England and Scotland 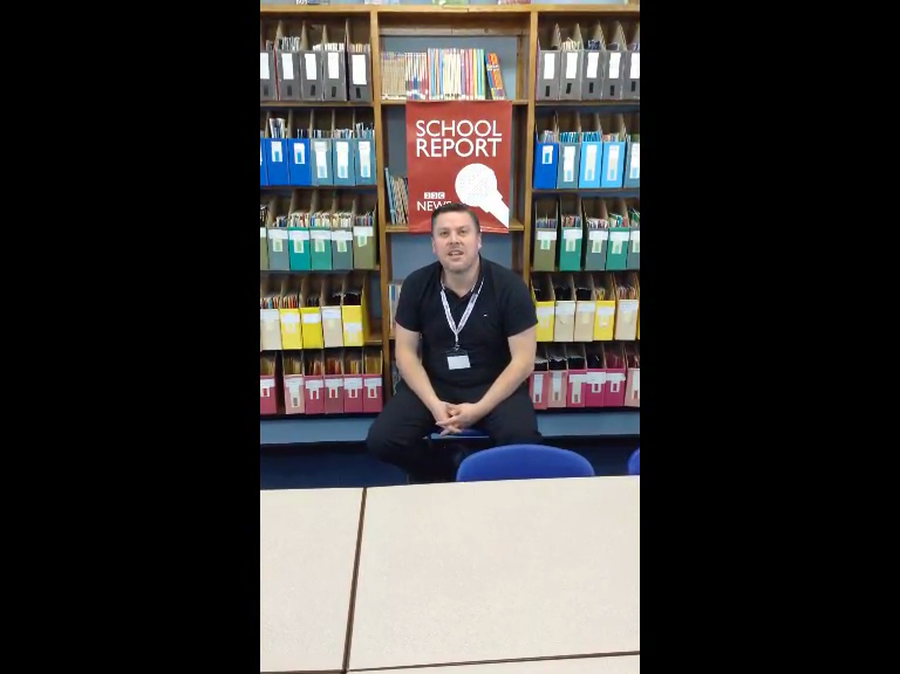 Article of The new Muga pitch

The ground work for the new Muga pitch started at February half term and it will be finished within 2 weeks. The Morgan Foundation and A Smile for A Child have donated to help make the new Muga

The new Muga will enhance the sport and PE offer benefit thousands of pupils each year.

Link to the new Muga

Sir Andrew Barron Murray, OBE is a British professional tennis player from Scotland currently ranked world No. 1 in men's singles. Andy Murray has won 11 Grand Slam titles tournaments, 1 Year-End Championship and 21 ATP Masters 1000 2. He was born 15 May 1987. His height is 1.9m. He married Kim Sears in 2015. His parents are Judy Murray and William Murray. His brother Jamie Murray plays tennis too.

Andy Murray sailed through to the third round of the Dubai Duty Free Championships with an easy victory over Guillermo Garcia-Lopez. Murray played himself to victory and he was very proud of himself. He was happy and glad that he beat him. “Come back and play me again soon. It’s hard when you’re playing against a pro player like me. Get in there. Back of the net. I want to keep playing tennis because it brings you out of the fresh air.” said Murray.

Attorney General Jeff Sessions under fire over Russia meetings. He met Russia's ambassador twice during Donald Trump's presidential campaign last year, the US government has confirmed.
Mr Sessions, a senator at the time, told his January confirmation hearing that he had had no contacts with the Russians during the campaign.

The first few weeks of Donald Trump’s presidency have contained what felt like a year’s worth of activity.

Trump Taj Mahal was sold after losing owner $300m   Icahn, who also owns Atlantic City's Tropicana Casino and Resort, said he decided one casino in town is enough. He said in January he had lost about $300 million owning the Taj Mahal, and would be delighted if he could sell it for half that amount.

Austin always really liked cars and he liked to talk to them. He didn’t do anything else apart from playing with his toy cars. He tried playing football one time. He kicked the ball once and ran over to his dad and said can we go home now. The first time they went go karting Austin wasn’t keen. He made a deal that he would do one lap and then go home and have ice cream. But Austin really liked it and didn’t listen to the rules. he just carried on. school was difficult for Austin. he was sometimes accidentally rude to his teachers. on his first day he said something from Austin Powers and got told off. Austin had autism, ADHD and problems with fine motor skills. This can make life hard for Austin. He didn’t have problems with racing. He found it really easy. The only time he really felt relaxed was in his go-kart. One of his best memories was getting his own go-kart for Christmas. Austin has done really well with his racing. He was given a scholarship from the owners of Goodwood Kartways, Dan and Marco Dileo. He has won lots of championships. His dad said “we don’t have illusions of Austin becoming the next f1 champion. We are just looking for someone that can help a kid continue to do one thing in life that he enjoys.”